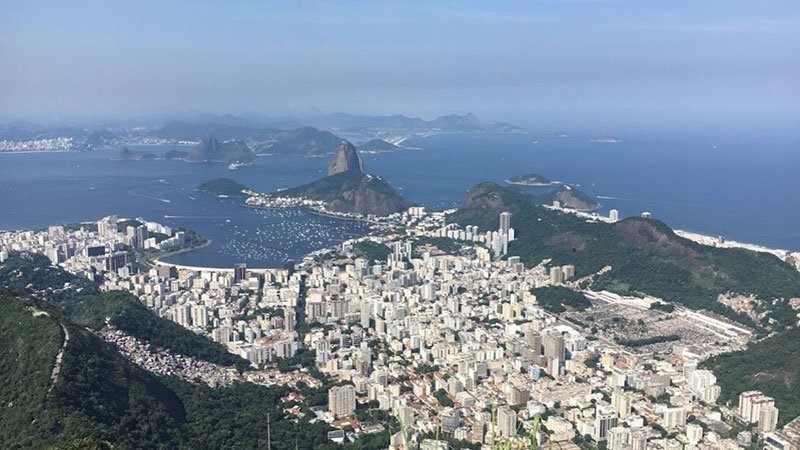 I landed in Rio de Janeiro to work remotely after 2 months in almost exclusively urban settings – so I was very much looking forward to my time in this beach paradise. Added to that the distinct Brazilian culture – football/soccer, samba, caipirinhas – and this leg of the trip almost felt like a vacation.

The one negative that is consistently mentioned about Rio is safety. Read below to see how I got on with that, and trying to communicate in yet another new language!

Where to Stay in Rio de Janeiro for Digital Nomads

I stayed in the Ipanema location of Che Legarto, which is almost faultless. I had a spotless private en-suite room for 2 weeks, which was the same quality as a 3-star hotel but much more cost effective. The staff were great (special shout-out to Daniel who is probably the friendliest person I’ve met on this entire trip – a real Carioca) and they offer free Caipirinhas for 30 minutes EVERY NIGHT. This is a great way to meet people and indeed I had many great nights out with other travelers from the hostel. And even though it’s technically a party hostel, my room was in their second building across the street so I ha no problem getting a good night’s sleep.

Sounds great, right? You may be thinking ‘what’s the catch?’ Well, there is one pretty major drawback; there is a severe lack of a great restaurant and bar scene within walking distance. Ipanema is characterized by fancy hotels, with 10-foot high bars to keep the unwanted element out. It’s not that there are no options, but it really felt like a choice between super-high-end restaurants and street food – where’s the middle ground!?

Similarly the beachfront in Ipanema was not what I was expecting. There was one proper restaurant that looked out on the beach that I counted. Copacabana looked more promising in this regard but I didn’t spend a whole lot of time there.

If I were to go back I would try staying in Copacabana for more of a social vibe. Part of the reason I chose Ipanema was because it is said to be the safest area – but for some that isn’t worth the trade-off with fun. 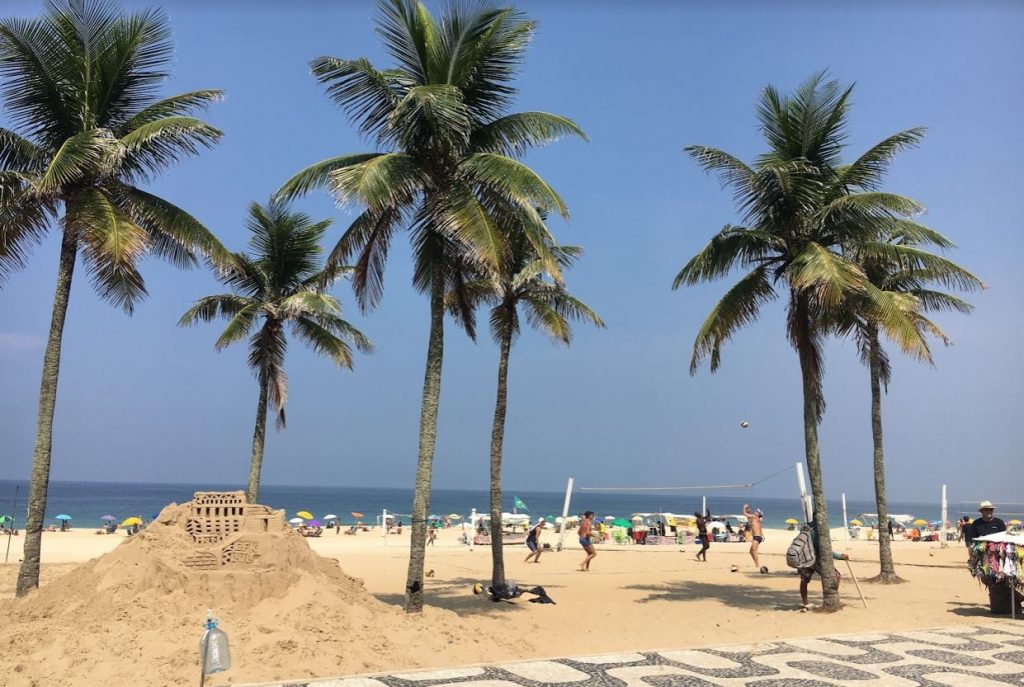 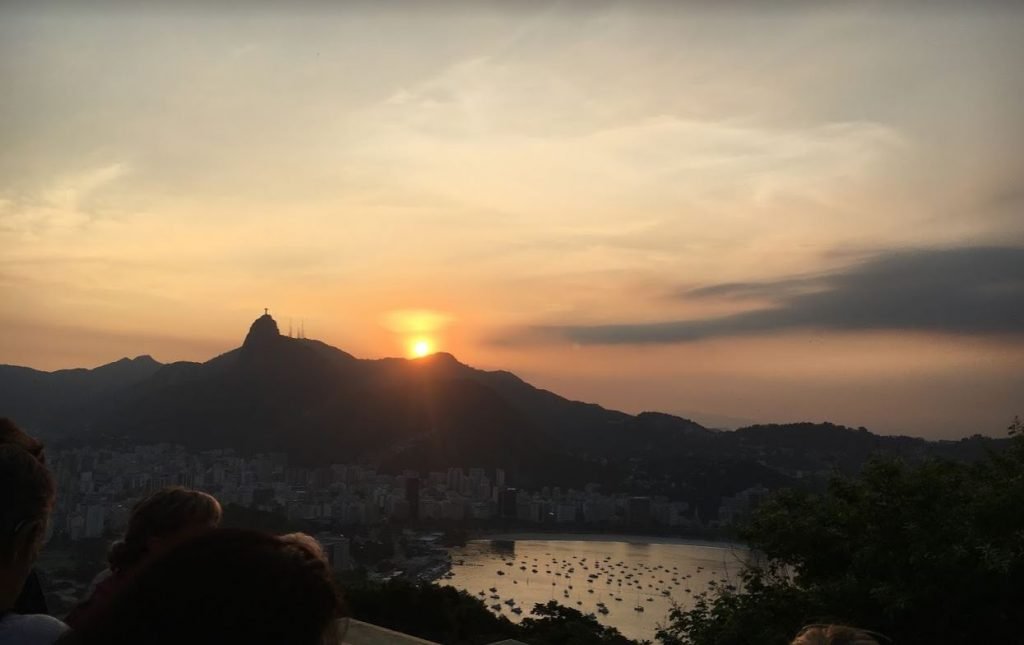 Where to Work Remotely in Rio de Janeiro

If you have been following my digital nomad blogs then you know that I much prefer to find a good coworking space, rather than working from cafes. However, I didn’t check out what options were nearby my accommodation before I booked it so that didn’t quite work out this time around.

Luckily I had a large room with a desk, chair and good WiFi. And this is where I set up base for two weeks. While there are some coworking options in Ipanema / Copacabana, they are relatively expensive and the sense I got was that it hasn’t quite caught on here yet.

Bear this in mind if a stable work environment is important to you.

First of all, Rio is an incredibly beautiful city. Simply walking along the coast or the view from an elevated point is a great experience in itself. And so it’s no surprise that it ranks as one of the best things to do.

As mentioned I stayed in Ipanema, just one block from the beach which is punctuated by Pedra Dos Irmaos on one end and come to a point with Copacabana beach on the other. While the beachfront may be lacking in restaurants, it certainly doesn’t lack in activity. On Sundays in particular, when half of the road is closed to traffic, there is an endless stream of cyclists, joggers, scooters and sunbathers making the most of the Rio sun.

Cristo Redentor, probably the most famous of all Rio landmarks, is a must-do. You can opt to hike to the top of Corcovado, where the statue is perched, or take one of the many tours who will take you almost all the way to the top. One of the most aspects that impressed me most about this site was how accessible it was with elevators and escalators to get all the way to the top. No doubt this is one of the off-shoots from the investment the government made ahead of the 2014 World Cup and 2016 Olympics.

If that doesn’t satisfy your appetite for elevated points to view the city (and even if it does), check out Sugarloaf Mountain. This will give you the reverse perspective of Corcovado, and is particularly stunning for sunset – so leave this as the last stop of your day of siteseeing.

Football is one of Brazil’s biggest cultural exports. I grew up watching Brazil win the 2002 World Cup (and beaten finalists in 1998!), and players like (old) Ronaldo and Ronaldinho always held a certain air of mystique about how they played the game. So a trip to the Maracana to see Flamengo play Penarol in the Copa Libertadores was a must-do. The atmosphere was electric, the football itself not so much, and the game ended in 0-1 loss.

Despite that, I highly recommend doing it even if you only have a passing interest in football. We went with Be a Local, and even though it was expensive (R$260 for the tour vs R$23 face value for the ticket), it makes everything way easier when you know your ticket is legitimate and you have somebody to tell you exactly where to go and what to do. Expert tip; if you do go on the tour, take a few beers for the ride to help pass the time – traffic is gridlocked on game day.

While I didn’t do a favela tour while I was here (I had one day left and it was a choice between this or a day on the beach), everything I heard about them is that they are safe and really worthwhile. Again Be a Local are a reliable company to choose, and some of your money will go into helping the community.

One of the things I loved about Rio; it’s super easy to eat healthy. Unlike regular life, where healthy options are few and far between the more appealing foods, it seemed the majority of restaurants in Ipanema favored good wholesome food. I guess that’s what happens when the entire area is a 2 minute walk from the beach! Here are some of the great options I found:

Fresh and Good. Yes, that’s the name of the restaurant. And yes, it was both fresh and good – though a little on the pricey side. But you get what you pay for, and the quality was great. I ordered eggs florentine, which was unlike any other eggs florentine I’ve had – in a good way.

Fontes was a hidden gym, tucked away in one of the many shopping malls in Ipanema, but very close to my accommodation. For less than $8, they offered a ‘Prato do Dia’ which consisted of 5 elements. It tasted great and was super healthy – this was my regular lunch spot.

I discovered Delirio Tropical late in my stay, but once I did I kept coming back. Best described as a more upmarket version of Fontes – you pick portions of whatever food you want in the deli, all of which is delicious and healthy. There was a much nicer vibe here than Fontes.

Other honorable mentions go to Emporio Jardim (great brunch, coffee and desserts) and Yasai Natural Sushi for some unique creations. 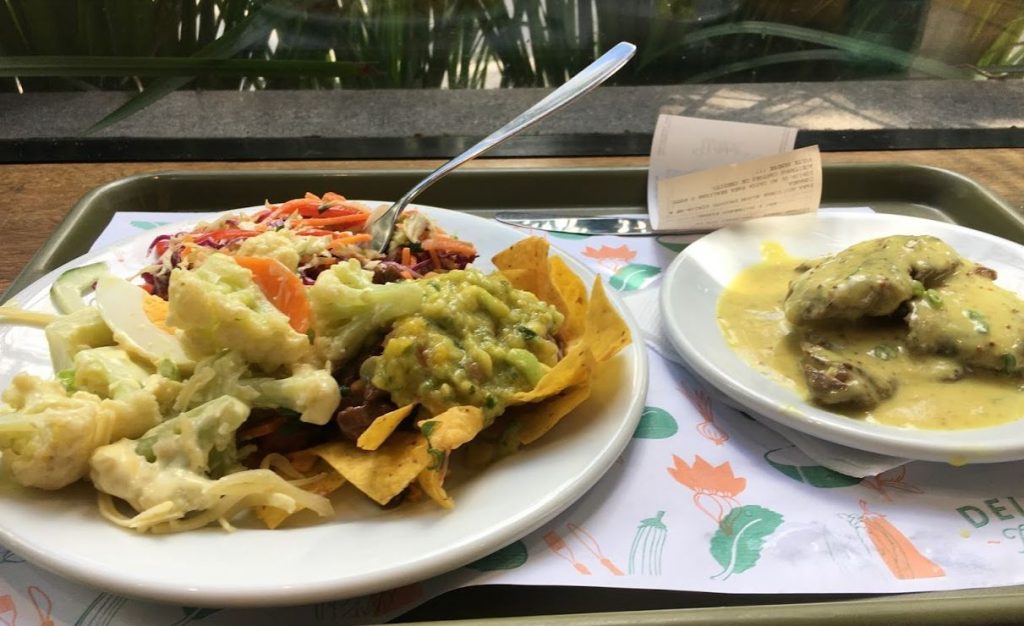 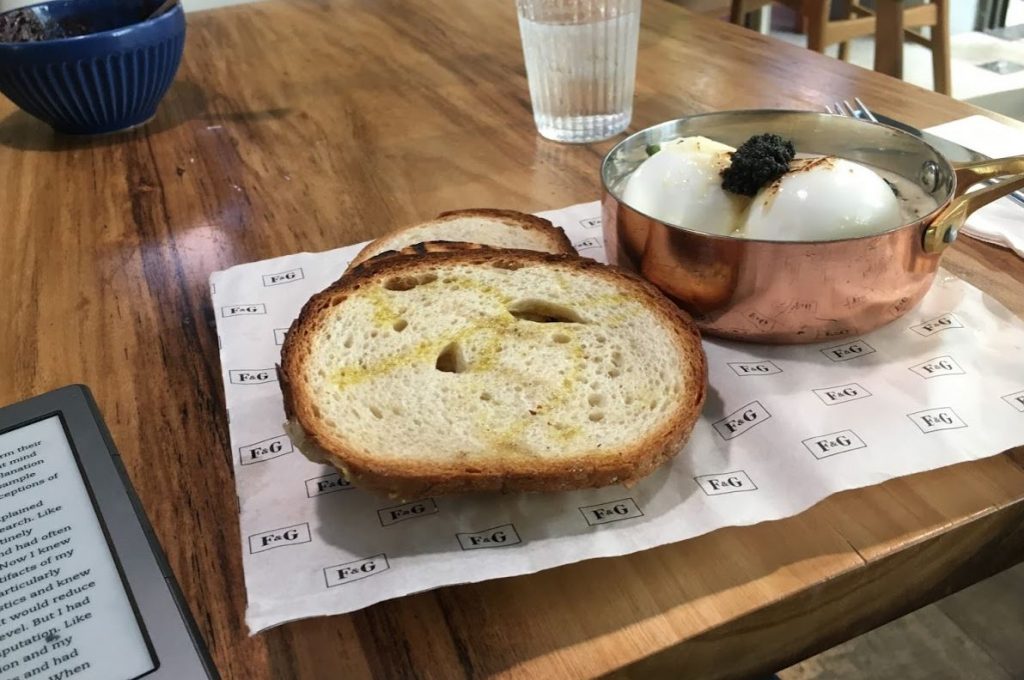 What Else to Know?

Personally I didn’t see anything untoward, nor did I feel any less safe than in any other city I’ve been to in South America. Though I did hear a lot of stories of pick-pocketing and muggings and spoke with multiple people who said they did feel unsafe at times (especially during Carnival). The best advice is to exercise caution as you wold in any city, but don’t let the stories stop you from having a good time.

I’m still on a quest to learn Spanish, so having to pause that process and attempt to navigate my way around Rio in a completely new language was not fun. It was surprising how few of the businesses were set up to deal with gringos.

I’m heading north for the next stop on this trip to the nomad-friendly city of Medellin, Colombia. I sense my caffeine intake is about to explode.