Have you considered Mexico City as a digital nomad? With close proximity to the US, a relatively cheap cost of living, and art and culture oozing from every corner the Mexican capital has a lot to offer.

I stopped off here for 3 weeks after Medellin to check out CDMX for the remote work lifestyle - here's how I got on!

Where to Stay in Mexico City for Digital Nomads

If you've been reading my blogs so far you know that I'm a fan of Selina. The coworking / coliving setup is perfect for digital nomads and my experiences in Buenos Aires and Medellin did not disappoint. After looking at the reviews for the Mexico City location I wasn't filled with confidence - there were many complaints about the location and noise from the streets.

I heard that La Condesa or Roma are much nicer areas, filled with amenities you want and need as a remote worker, as well as a more chilled vibe in general. So I put into action my self-note from my last stop and decided to go with an AirBnB that was in close proximity to coworking spaces - and it worked out for the best.

Whether you go with a hostel or AirBnB, Roma and La Condesa is certainly the area to go for. I spent a day coworking in the Selina which is much closer to Centro district where it's pretty run-down with not much to do. Indeed, I was speaking to a Selina rep from the local office who said that even they recognize that this location was an error in judgement and that now all new locations are scouted with the help of a local team as well as an international team.

Where to Work Remotely in Mexico City

I spent some time in 2 coworking spaces here in Mexico City, as well as from my AirBnB. There is no issue getting access to stable internet connection and comfortable working environment in the cafes and workspaces in the city.

What To Do in Mexico City for Fun

Mexico City is known for the sheer number of museums that it offers - and the one that comes recommended most often is Museo Nacional de Antropología.

After an educational visit to the museum check out the adjacent ... to relax in the sun - think the Mexican equivalent to Central Park.

In the Centro district don't miss out on Museo del Templo Mayor - which is a ruin of a temple that belonged to ancient peoples of this area. That should whet your appetite for Teotihuacan - the main attraction in this area. In a half-day guided trip to this area you will have an opportunity to climb all 3 pyramids while learning about the growth and decay of this city.

For a much lighter experience you can't miss the Lucha Libre at Arena Mexico. Every Tuesday and Friday head to the venue at Doctores, pop on a mask and join in the fun as the wrestlers take each other on in the ring. It's a little silly, you probably only need to do it once, but worth checking out nonetheless.

Back to museums, and in the south of the city there is the unmistakable Blue House of Frida Kahlo. This is a cool space, it's a cool story, and it's very easy to spend a few hours here. Get here early as the queue tends to be long, and it's a good idea to buy tickets online in advance if you can plan for it.

Nearby, in what clearly was historically a communist community, is a museum dedicated to Trotsky and the time he spent in Mexico. Here you have an opportunity to see where he lived,and where he was assassinated. Worth seeing, but you probably won't spend too much time here. Unfortunately the content is primarily in Spanish too.

While you can spend the first half of the day at the museums, a little further south you will find the colorful Xochimilco where you can spend the rest of the day. You can buy some beers and snacks there, and then hire a boat for a trip around the canals. This is best enjoyed with a group of friends, or better yet join forces with other groups down there! 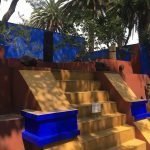 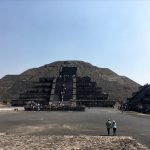 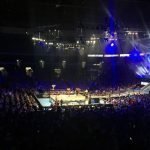 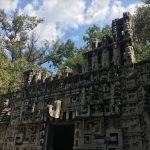 I was here for 3 weeks which means I have a long list of great places for food, drinks and coffee. To keep this short, here are a few that stood out above all others.

Let's start with a cool, unassuming little breakfast/brunch spot - Santa Vida. This cafe is genuinely tiny - there is really only room to sit outside - but in a way this just adds to the charm of the place. Of course this would count for nothing if the food wasn't great - and luckily it lives up to the hype!

Just around the corner in Roma Norte is a cafe that serves probably the best coffee I've had in all of Latin America - yes including Colombia! When you walk into Almanegra you'll see why, they boil the art of coffee-making down to a precision science and the results speak for themselves.

Tacqueria Obregon was the best taco place I tried - quick, tasty, cheap, open till all hours. If you're in the Roma area this is the place to go. Enough said!

If you're a fan of Mexican food check out a street food tour to taste the authentic flavors of the city. Or if you're looking for more of a hands-on experience check out a local cooking class. 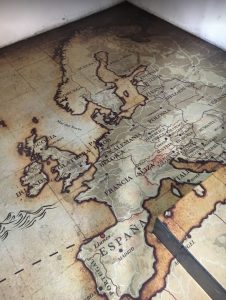 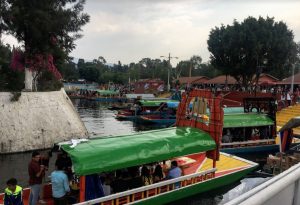 What Else to Know?

There are no two ways about it - Mexico City has a huge pollution problem. It's not an exaggeration to say that I was literally choking up at times from the fumes. To play devil's advocate I think May is a particularly bad time of year for pollution in Mexico City (according to the locals), and there was a specific health warning issued at one point due to fires - but even so, sort it out Mexico!

Ubers are super cheap and readily available here. My advice is to use them (or bikes/scooters) almost exclusively. The public transit system can be good but there is a high risk of petty crime - so avoid it altogether with Uber.

Three weeks flies when you're having fun. Now it's time to experience the other side of Mexico with three weeks in the Yucatan peninsula at sunny Playa Del Carmen and Cancun.