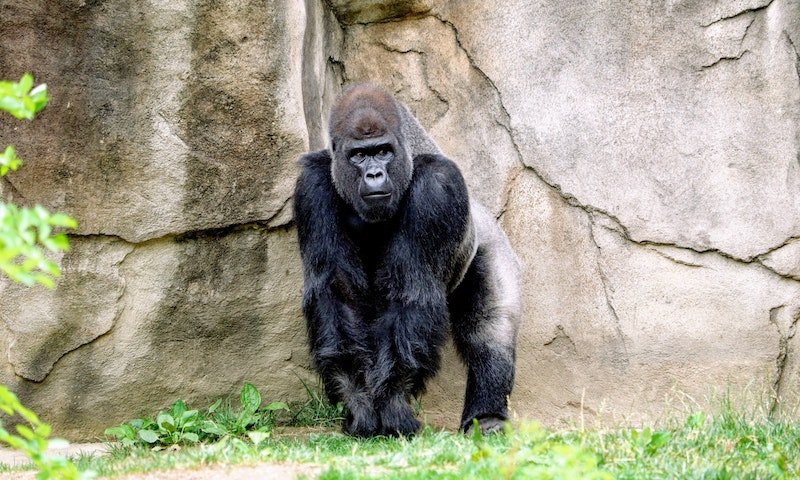 In this blog I dissect guerilla marketing examples, and discuss how you can apply similar marketing tactics in your business.

Christian Woolfenden: Paddy Power – The Irish bookmaker’s marketing director is staunch in his defence of its mischief-making as he steps up its international growth activity.

There are two key marketing issues for Paddy Power going forward; positioning the brand in the correct manner so that it is seen as mischievous and irreverent, as opposed to offensive, and to effectively export this image to the international markets which the company is expanding into.

From the interview alone, there are many examples of cases where Paddy Power has straddled the line between funny and offensive, and there are many more similar examples. The issue here is that if the company misjudges the tone of their campaigns on a regular basis, the perception of the brand can quickly become very negative. Paddy Power must ensure that this doesn’t happen as it can be very difficult to restore their image once it becomes tarnished. Their campaigns and marketing communications must be consistent with their desired image in order to position the brand correctly.

Assuming that the company can achieve and maintain this image in the home markets, the next challenge is translating this particular sense of humor into the international markets, such as Australia, Canada and Italy. It is a unique asset of the brand, and is quite clearly rooted in the company’s Irish heritage. This may pose a problem as more conservative cultures may not appreciate the tongue-in-cheek style of their marketing communications.

There is also the associated challenge of integrated new managers into the senior marketing team. These marketers will need to quickly learn the intricacies of the personality and culture of the brand in order to successfully position it.

A brand, in a marketing sense is a distinguishing name and/or symbol that identifies the product or service offerings of a company, and differentiates them from competitors (Aaker 1991). The development of brands is largely governed by the company’s marketing communications activities. There are three elements to a brand – brand image, brand identity and brand positioning. Brand image refers to the concept of a brand as perceived by consumers. The way in which the company who owns the brand intends consumers to perceive the brand is referred to as the brand identity. And the positioning of the brand describes the place of the brand on the market in a particular moment, relative to other, possibly competing, brands (Bivainiene, 2007).

This is the way in which a brand is perceived by consumers, based on both tangible and intangible attributes. Davis (2001) theorized that a brand image is based on four major factors – loyalty, recognition, value and expansion. These factors combine to form a consumer’s perception of the brand. Aaker (1991) goes further to say that a brand image is a set of perceived associations, organised into meaningful groups. Brand associations can be anything that consumer’s link with the brand – objects, colours, symbols, feelings, activities etc. For Paddy Power this could include green, Ireland, football, gambling etc.

Effective brand positioning can provide part of a differentiation strategy for a firm, and even become a firm’s competitive advantage in industries where competitor’s offerings are similar. There are three different elements to positioning – intended, actual and perceived positioning (Fuchs 2010). Intended positioning relates to how a company desires their brand to be seen by their target market. To achieve this, they attempt to design their marketing communications in such a way that conveys these particular brand values.

The result of this is the actual brand positioning, whether it achieves the intended positioning or not. The brand positioning is conveyed to the consumer through the creative element of the communication (Easingwood and Mahajan 1989). The consumer then perceives the brand in their own unique way from the actual positioning, based on their own beliefs, feelings, memories and thoughts for the brand and how they relate to other brands (Ries and Trout 1986). Obviously this results in the perceived positioning being different for each individual consumer, as they can each perceive the same stimuli in different ways.

In the case of Paddy Power, we can see how this relates to their positioning strategy. Their intention is to position betting and gambling as a form of entertainment that is fun for everyone, not just the traditional gambling demographics of older males. They want to be seen as the “Punter’s Pal” – the gambling company that will go that bit further to ensure customer satisfaction through promoting a sense of fairness when the customer feels cheated. Paddy Power achieves this actual positioning through regularly running humorous adverts, as outlined in the initial article, and numerous guerilla marketing events (e.g. setting up a burger van that sold ‘horse burgers’ during the time of the horse meat scandal). In addition, they consistently provide justice payouts to their customers, for example if a football player gets sent off in the opening 10 minutes of a match, they may refund opening goal scorer bets. However it is here where the company loses control, and they have to hope that the work that they put into their communications translates into the desired response from consumers. By and large, Paddy Power achieves their desired result through their activity; however there are instances where they have elicited a negative response e.g. ‘Ladies Day’ at Cheltenham.

Aaker (1991) proposes a number of guidelines to maintain their brand positioning going forward:

In summary, Paddy Power follows through effectively and continuously on its intended positioning to achieve its actual positioning. However their perceived positioning by consumers can vary, but this is likely due to its nature and the lack of control Paddy Power has over this.

Paddy Powers strategy can be described either as indirect benefits positioning or as surrogate positioning. Paddy Power position the brand to provide the indirect benefits of fun and entertainment, whereas the direct benefit would be the possibility of winning money. Surrogate positioning refers to the intangible aspects of the brand that allow the consumer to make their own conclusions. This corresponds with their vision of betting as a form of entertainment, and positions Paddy Power as the brand that people go to for fun while watching sports and whatever other novelty events that they price. This also demonstrates how the humorous style of their advertising is very appropriate for their positioning strategy.

The use of humor is a consistent element in all of Paddy Powers marketing communications, and is essential to position betting, and thus the Paddy Power brand, as a fun form of entertainment. This has worked particularly well in the Irish and UK markets, but it is difficult to predict if it will be as successful in the new markets Paddy Power is entering as part of their global expansion. Fill (2009) postulates that humor doesn’t travel well in global advertising, as cultural differences impede transfer of humor. Whether their humorous style will translate into these new markets depends on Global Consumer Culture (GCC).

Global Consumer Culture Positioning (GCCP) can be described as a strategy that ‘identifies the brand as a symbol of a given global culture’ (Alden 1999). Alden (1999) studied language, aesthetic styles and story themes in advertising used in multiple global markets to find the prevalence of GCCP. Results indicate that there are brands which remain consistent over geographic boundaries, and therefore that GCC exists.

There are three approaches to international advertising – standardization, adaptation and contingency, where contingency is a mix of the first two (Agrawal 1995). It is suggested that any particular strategy can be placed on a continuum with standard and adapted at either end, and everything in between a type of contingency.

Paddy Power has so far maintained consistency in their communication style in foreign markets. Both their above the line advertising and guerilla marketing activities would not look out of place in an Irish context, when compared with previous efforts. This is very much a standardized strategy. The benefits of this are that Paddy Power can continue using a proven strategy and make use of the intrinsic knowledge within the firm, in addition to economies of scale. However they should keep in mind that some markets may require them to adapt their advertising. Assuming that their primary strategy will work in the same way in every market could result in failure to establish themselves as a serious player in some markets.

According to Haig (2003) many companies confuse globalization with homogenization and assume that success in one country will translate into success in another country. He goes on to outline many examples where big companies did not pay enough attention to cultural differences when entering new markets – Kellogg’s in India, Pepsi in Taiwan, KFC in Hong Kong, American Airlines in Mexico etc.

Paddy Power should take note that their chance of success when internationalizing will be greatly affected by the cultural differences between, and within, countries. Haig also advises achieving success is about understanding the specific culture of the brand, and how that will relate to new markets.

Paddy Power’s distinctive marketing style is an asset that differentiates them from the competition. However it means that they will regularly be on the line between humor and controversy. It is essential that they plan thoroughly when releasing new campaigns in order to avoid damaging the brand. When a campaign does start to attract negative PR for them, they must have the contingency plans in place in order to minimize the damage.

International expansion will also require a very proactive attitude to ensure success. Markets should be chosen carefully – English speaking, western cultures would be most similar to their home culture and should be targeted initially. Ensuring the correct positioning in each market will be a difficult task, but if it is achieved Paddy Power will be able to benefit from the same type of differentiation advantage that has served them so well in Ireland and the UK.